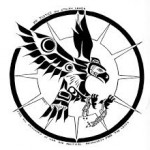 Update: If you want to write to the jailed Warriors, their addresses are at the bottom of this post.

Donate to the Warrior’s Defense Fund

Mi’kmaq Warriors who were jailed after the brutal raid by RCMP at the #MikmaqBlockade near #Elsipogtog on Thurs Oct 17th, 2013 faced continued abuse within the prison system. 4 warriors remain in jail, 2 have been granted bail. Upon detention, Mi’kmaq Warriors endured physical assault on behalf of Correctional staff. Call the Ombudsman, file a complaint and demand:

Tell the Ombudsman that Land Defenders must be treated with respect and basic human dignity.

The Prison Injustice System is part of the larger project of colonization, whereas Indigenous peoples are disproportionately incarcerated, and Federally over-represented in the prison system. This is part of a systemic issue of mistreatment of Indigenous peoples, and a direct assault on Indigenous Land Defenders asserting their Inherent and Treaty Rights & Title on unceded traditional territories. Mi’kmaq Warriors were some of 40 people arrested at the Oct 17th RCMP raid of an anti-shale gas blockade wherein local Indigenous and non-Native allies seized SWN – a Houston-based company’s – equipment. The blockade lasted 19 days – costing SWN over $1 million – effectively protecting the lands, waters and future generations from the dangers of hydraulic fracturing, or fracking. There has been no consultation with or Free Prior Informed Consent from the local Indigenous communities who hold title to the land by inherent and treaty rights.

Donate to the Warrior’s Defense Fund

Elsipogtog, Mikmaqi – Exclusive footage of the RCMP raids against the HWY 134 Blockade in Mi’kmaq territory has just been released. With some of the only video from behind police lines, subMedia.tv witnessed the brutal raid by the Royal Colonial Mounted Police on the Mi’kmaq blockade of fracking equipment.

subMedia’s Franklin López was on the scene from the get-go, “The RCMP tried to kicked me out of the conflict zone and threatened me with arrest to try to obscure the truth about what was going down. Media and other witnesses could have changed the narrative the cops were trying to build.”

For over 19 days, a Sacred Fire was lit at the mouth of the SWN, Southwestern Energy Resources, compound where the company’s seismic testing, or “thumper” trucks were held. SWN is a Houston-based corporation part of the resource extraction industry, specifically involved in the practice known as hydraulic fracturing, or fracking. The Sacred Fire was the main heart of the physical blockade. Mi’kmaq, Wolastoqiyik, and Acadian and other Maritime settlers came together in a Unity Camp to support the assertion of Indigenous sovereignty and to protect the lands, waters and future generations.

The blockade cost SWN over $60, 000 per day. As the company’s trucks were on lockdown they criticized the RCMP for not arresting protestors. On the morning of Oct 17th, the RCMP violently raided the encampment, which was a widely supported grassroots mobilization, in particular targeting the Mi’kmaq Warrior Society. Given the context of RCMP arresting Ilnu youth, and women – including women laying down tobacco and women who are 9 months pregnant – it is little surprise that the RCMP acted with nothing colonial violence on Thursday. The unwavering support and presence of the Mi’kmaq Warrior Society was crucial to maintaining the blockade. It is no accident that the Kanadian state and its law enforcers in collusion with corporate interests, targeted the Warriors in hopes of weakening resistance.

Corporate media has painted this raid with Indian Act Heroes, and Land Defenders as criminals. A violent paramilitary attack on behalf of the RCMP was met with grassroots, Indigenous resistance as Warriors stood their ground and fought back. The fierce response of the community in defense of the Warriors was also captured on camera, as supporters broke police lines later that morning. subMedia.tv brings out the real story about what really went down on Highway 134; a story that the corporate media doesn’t want seen.