“A few days ago, a helicopter touched down in the back end of Unist’ot’en territory.
This incident marked the fifth flyover in the last two weeks. We jumped in a truck and gave chase to where we thought they might be heading – a proposed work-camp for the Pacific Trails Pipeline. As we approached the area, the helicopter flew back the way it came.

The next day we investigated the area and the ground was obviously disturbed.
Needles and leaves were blown away from the area that we suspected the helicopter landed in. After searching, it was decided that trees were to be fallen at the landing site, and helicopter blockades were erected to prevent helicopters from landing in the future. We left a sign, for those flying over, that says: “Unist’ot’en Territory: NO TRESPASS.” 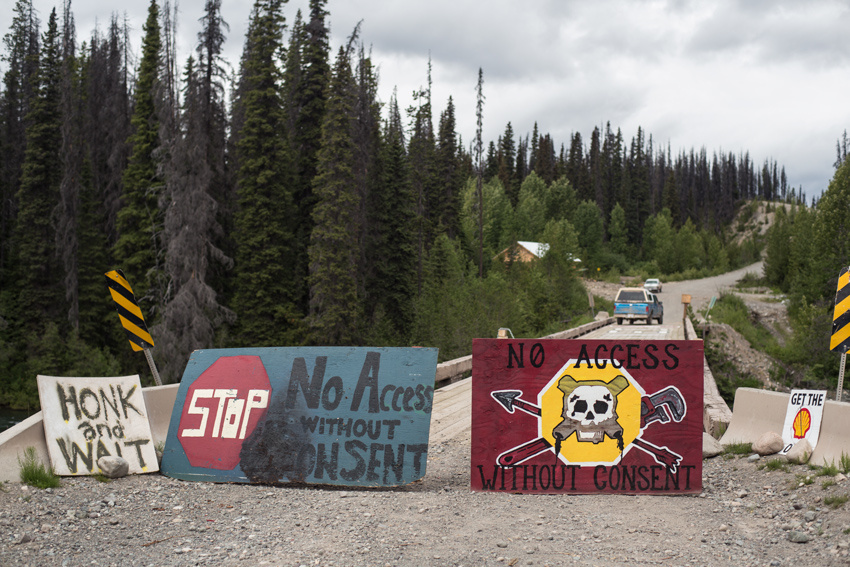